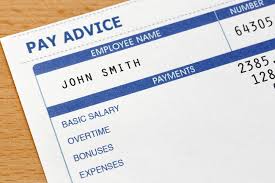 HMRC has published a fact sheet for employers on in-year RTI late filing penalties which will come into effect from the 6th of October this year.

The guidance encourages employers to ensure they are up to date with all PAYE submissions by the fifth of October in order to avoid a penalty.

HMRC also say they are using the Generic Notification Service to help employers get their PAYE submissions up to date, highlighting the importance of employers paying attention to GNS messages regarding late and non-filed RTI submissions in order to avoid penalties. The ‘At a glance’ document confirms the conditions under which a penalty will be issued: if an employer has not submitted the expected number of RTI returns, sent a Full Payment Submission on or before the date they paid their employees or used the late reporting reason field to inform HMRC why a return is late then a late filing penalty will be issued.

Employers must remember to send in a nil EPS if they have not paid any employees in a tax month by the 19th of the month following or HMRC systems will assume the employer has not submitted the correct number of returns and a non-filing penalty will be issued.  The number of submissions expected is based on the PAYE scheme, so if an employer is operating more than one PAYE scheme it is important that all submissions for all schemes are up to date. Penalties will be notified in writing to employers in July, October, January and April (where incurred). The penalty notice will give details of the amount of the penalty for each tax month, how to pay the penalty and what to do if they don’t agree with the penalty.  The first default of the tax year will not penalised, and employers who file weekly will only receive one penalty per month, even if there is more than one default in the month.  New employers will get a thirty day grace period in which to file after the first time they pay their employees, however after this they must file on or before they pay their employees.

AJ Accountancy offer a payroll service. For more details, get in contact.