After the unprecedented result in the EU referendum on 23rd June, and the Leadership campaign to become the next Leader of the Conservatives and also Prime Minister that followed, we now know that we will indeed be leaving the EU, and who will be taking us out. 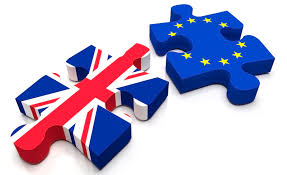 However, so far there has been little evidence the consequences of leaving the EU were thought about by the Government prior to 23rd June, and so we examine what the tax implications might be of leaving the EU.

VAT is an EU tax, and we have been levying it in the UK since 1973. While we are in the EU, we have been under the direction and control of the EU with regards to the framework around VAT, not just for sales in the UK, but also across EU borders.

So will VAT be scrapped post-Brexit?

We should remember that VAT is another form of Sales tax, a common form of tax used around the world, and not just in the EU – so it’s not likely to go away. It brings much needed income for the government, and scrapping it would leave a black hole which would need to be filled.

So what does that mean, and how might that impact the consumer in the UK?

The EU has always protected some areas from being subject to VAT, such as education, children’s clothes, insurance and food. In addition, some services are taxed at a reduced rate of 5% rather than 20%. So there is the possibility of VAT being extended to cover some of these areas, once the UK VAT is under the stewardship of HM government, post-Brexit.  That could mean rising prices for some goods.

This may not be the case, as it is too early to tell what the new Government’s policy will be towards taxes, and we may not know for some time until the format that Brexit takes, becomes clearer.

However, the key point is that the UK government will be free of EU restrictions on what goods can be subject to VAT, and hence they will have a much greater scope for changing the scope of VAT.

Businesses in the UK which supply digital services to individuals in the EU, must charge VAT at the rate which applies in that UK country. They do so by registering for the EU VAT MOSS scheme – and means  they do not have to be VAT registered in each of the EU countries which they supply services to.

So what does that mean for MOSS-registered businesses in the UK?

It is likely to mean that such businesses will need to register for VAT in each EU country, or that they can register under the MOSS scheme as a non-EU business (which is currently an option for businesses based outside of the EU).

Currently the UK is part of a Free-trade market under the EU, which means goods can be moved across EU borders without incurring any customs tariffs or duties. Where we import goods from outside of the EU, those goods are subject to such tariffs or duties – depending on where the goods come from (or originate from), and the type of goods.

The tariffs are usually a % applied to the value of the goods, and these % tariffs can range from 2% up to 25%.

If no such trade agreement is put in place (and all the noise from Brussels suggests it won’t be given without the UK agreeing to free movement of people), then this is likely to impact businesses that sell into Europe, and also make goods we buy from Europe, more expensive.

Is it all that bad??

And we should remember that the Brexit campaigners were adamant that in time, the EU would want to trade with the UK, so there is still a possibility of free trade with the EU, without us surrendering control of our borders.

Before he lost his job, George Osborne had hinted that the rate could be cut further in order to attract investment in the UK.

Phillip Hammond, instead has said there will be no emergency budget, and he will wait and see how the UK economy reacts to the planned Brexit. With the planned reductions in place, he may leave these in place and hope these achieve the job of maintaining the UK economy’s growth.

Income tax is a UK tax to administer and control ourselves, and so while we have a Conservative govt, there is a relatively low chance of there being any fundamental changes to the rates of Income Tax, personal allowances or Income tax thresholds. That may change if there was a general election, and Labour came back into power, with some suggestions of a push by them to increase the top rate of tax to 50%.

However, it is not expected there will be a general election until the next planned one in 2020.

With Capital Gains tax also reduced recently, and the planned reduction in Corporation Tax due to happen over the next three years, there are already actions in place to help the UK economy – and so it may be a case of wait-and-see for the new Chancellor.